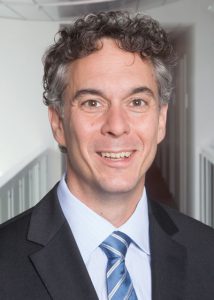 Denis A. Grégoire (http://www.hec.ca/profs/denis.gregoire.html) is an Associate Professor in the Department of Entrepreneurship and Innovation at HEC Montréal. His research centers on the cognitive processes influencing the identification of innovative ideas for new entrepreneurial ventures, entrepreneurs’ decision to expand their firm’s activities to foreign markets, and the contribution of angel investors to the growth of high-potential ventures.

Denis contributes to two programs led by HEC Montréal’s Executive Education to support the growth of high-potential science- and technology-based ventures. He serves as Associate Director for CDL-Montréal and as Academic Director for NEXT AI – Montréal‘s business curriculum. 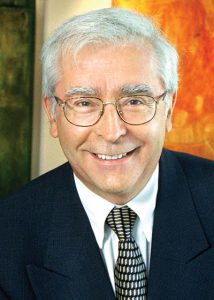 Jean-Marie Toulouse was appointed Professor Emeritus at HEC Montréal in May 2010.

The appointment of a professor emeritus is a rare event in the life of a university. Only a small number of retired professors, nominated by their colleagues, are honoured with this title, conferred on them after a secret ballot and with the approval of the School’s Honorary Doctorates and Emeritus Committee and the Academic Council.

This emeritus status comes as clear recognition by Professor Toulouse’s peers of his exceptional contribution to the institution where he spent his career from 1973 to the time of his retirement in 2008, after serving as Director, in particular, from 1995 to 2006.

In all his functions, Professor Toulouse exhibited unflagging devotion and a broad vision of what the School should be. He strongly influenced its development and shaped its current identity.

A few highlights of his career at HEC Montréal:

Director of Research (1975-1979).
The first to hold this position, he developed the School’s research activities and established various research support and dissemination activities and tools.

Director of the joint PhD program (1977-1979).
The first Director of this joint program offered with Concordia University, McGill University and UQAM, considered a bold initiative at the time and still one of the leading PhD in Administration programs in Canada.

Director of the Department of Administration and Human Resources Organization (1979-1984).
He promoted the importance of “soft skills” and management skills for future managers, throughout the School. This approach helped to distinguish the training offered at HEC Montréal from that offered by other North American business schools.

Director of the School (1995-2006).
Jean-Marie Toulouse set out to position HEC as a leading business school of international calibre.

His first step was to increase and internationalize the recruitment of faculty and students. Some programs were reworked to take account of the global dimension of business. In 2005 the School launched a trilingual BBA, a first in North American business schools. HEC was also the first in North America to be granted three prestigious international accreditations: AACSB International, AMBA and EQUIS. It also featured in a number of rankings, including the BusinessWeek Top 10, for its MBA. The School modernized its signature and became “HEC Montréal” in 2002.

Professor Toulouse was also very much aware of the importance of new technologies in teaching and in the business world, and was committed to integrating them and using them widely at the School. The Côte-Sainte-Catherine building had a fibre-optic network right from the beginning, in 1996, and the use of laptops became mandatory in some programs.

The third noteworthy aspect of his time as Director was his focus on developing research and pedagogical development. Many chairs, research centres and professorships were created and research benefited from new commercialization systems.

Professor Toulouse’s name is also associated with entrepreneurship, a field that he helped to win recognition for as a subject of university study. He was responsible for creating Quebec’s first MBA course in entrepreneurship, in 1976, along with many other courses and programs in this field. He also actively participated in various initiatives to encourage entrepreneurship. All these achievements earned him the award of excellence for a professor-entrepreneur from the Fondation de l’entrepreneurship, in 1991.

Jean-Marie Toulouse has won many other awards and distinctions. The most important:

Professor Toulouse has also penned a great many books, scientific articles and case analyses that have shaped research in the field of entrepreneurship, and sat on many boards of directors, juries, committees and organizations. His work as a consultant kept him in contact with the business community. He has also been recognized for his work teaching and directing the research of graduate and post-graduate students.

Since retiring, he has continued to serve the School well. In particular, he took part in organizing the Forum national sur le management held at HEC Montréal in fall 2009.

Jean-Marie Toulouse holds a BPh in Psychology and a LPs and a PhD in Social Psychology from the Université de Montréal. He was a postdoctoral fellow in Business Administration at the University of California in Los Angeles. 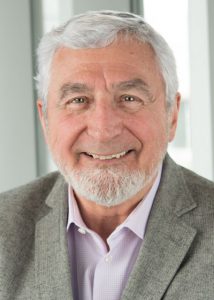 In addition to having a BA (classics), a BSS and a BA in Political Science, Louis Jacques Filion received a Master’s degree in International Studies from the University of Ottawa in 1974, an MBA from HEC Montréal in 1976 and a PhD in Systems and Entrepreneurship from Lancaster University in Great Britain in 1988.

Dr. Filion has broad professional experience in entrepreneurship and management, including the fields of human resources, operations management and marketing. He has created and managed SMEs. He was also a management advisor with the firm Ernst & Young at their Montréal office. During his time as a professor at the Université du Québec à Trois-Rivières (UQTR) from 1981 to 1993, he was Director of the Master’s program in SMEs from 1986 to 1989. He was a professor from 1993 to 2016 at HEC Montréal, where he held the Rogers-J.-A.-Bombardier Chair of Entrepreneurship from 1995 to 2016.

In 2006, he received the Julien-Marchesnay Award from the Association internationale de recherche en entrepreneuriat et PME (AIREPME) for his extensive work in entrepreneurship and spread of entrepreneurial culture abroad. In 2007, he was given the title of Ancien émérite (distinguished emeritus) by Séminaire St-Joseph de Trois-Rivières. In 2008, he received the prestigious Entrepreneurship Promotion Emeritus Award in recognition of his career-long commitment to the promotion of entrepreneurial culture among young people. This prestigious award was presented by the Premier of Québec at the 28th Mercuriades Gala, held on April 9 at the Montreal Palais des Congrès.

Dr. Filion has more than 100 publications including some twenty books. He has also authored or co-authored more than 150 case studies. He has given lectures on the subject of entrepreneurship on five continents. His research is on the activity systems of entrepreneurs and intrapreneurs, visionary processes and new venture creation

Associate Professor at HEC Montréal, Marine studies the management of innovation and the cognitive processes that support ideation and creativity.

Deputy to the Vice-presidency for innovation and Head of Tech4Impact at l’École Polytechnique Fédérale de Lausanne, Julia investigates the cognitive and social dynamics that support the launch and growth of sustainable entrepreneurship projects.

Joëlle studies the dynamics of artistic and cultural entrepreneurship among marginalized populations.

Christophe is VicePresident for Entrepreneurship at the University of Lorraine and Professor at the IAE Metz. His works focus on entrepreneurial action. He also heads a sutdent incubator at IAE Metz.

With multiples duties shared between the University of Western Australia and the Zurich University of Applied Sciences, Thierry studies the impact of enrepreneurial behavior in organizations.

An associate professor at the University of Tennessee and Associate Editor with the Journal of Business Venturing, David is an expert in new venture internationalization and entrepreneurs’ cognition and decision making. His Ph.D. students greatly appreciate his mentoring abilities.

Working under the tutelage of Professor Marine Agogué, Élie studies economic policies fostering innovation. Exceptionally for a student in his first semester of studies, Élie earned the Louis-Jacques Filion Award (2020) for the quality of his work in the Contemporary entrepreneurship research doctoral seminar.

Working under the tutelage of Professor Marine Agogué, Élie studies the management of innovation. Élie received a grant from the Chair to investigate the efforts of technology entrepreneurs to face the challenges imposed by the COVID crisis.

The drivers of competitive advantage among AI start-ups, master thesis under development.

The career choices of young pilots from Quebec, master thesis under development.

Managing the growth of an entrepreneurial venture while facing a pandemic, master thesis under development.